Generation Snowflake, or Snowflake Generation, is a neologistic term used to characterize the young adults of the 2010s as being more prone to taking offense and less resilient than previous generations, or as being too emotionally vulnerable to cope with views that challenge their own.

Noun. special snowflake syndrome (uncountable) (derogatory) The conviction that one (or often, one’s child) is, in some way, special and should therefore be treated differently from others. 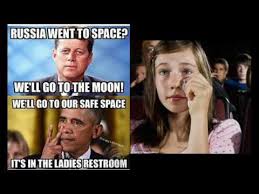 This test attracted great media coverage, is named for the notion that some people think they’re absolutely unique — the way snowflakes are — and therefore suspect. In the hiring context, Reyes’s test involves a series of questions to ascertain whether a candidate is far too delicate to work for his company. Some of the questions are:

But the problem is that while Reyes was genuinely trying to find candidates who would fit his company culture, the test he designed has some problems.

The test is built on fear.

“The point is, the snowflake test only serves to determine surface value while simultaneously potentially degrading people,” Todd Mitchem, whose title is managing disruptor at the executive coaching firm, Todd Mitchem Companies, in Denver, told me. “A leader’s job is to motivate, inspire and uplift a team to combined success. [Reyes] seems to do the opposite right from the start, and, more importantly, builds a culture of fear.”

Using the snowflake test tells employees that from day one, they are being judged for their personal beliefs or opinions. If they ever have a new idea, they could be scared to speak, out of fear of punishment for being different.

What should employers do instead?

Rather than political beliefs, qualities you should include in an interview include interpersonal skills, attention to detail and hard skills related to the role’s responsibilities.