Hungry Pupils in the UK

Head teachers from all over the UK, have described their poorest pupils as thin, with bad teeth and grey skin.

The National Education Union conference in Brighton this year, highlighted the issues facing many children growing up in poverty and how this affects their education.

One teacher explained how it was more noticeable after the weekend, how hungry the children were.  She said “Children are filling their pockets with food.  In some establishments that would be called stealing.  We call it survival.”

Another teacher said when a mixed group of children are together (poor children amongst richer children), you really notice the pallor of the skin, which is quite grey.

On Monday morning teachers are aware that some children by 9.30 will be tired, as they are hungry.

Schools aside from the food, are supplying some pupils with clean uniforms and seeing those children come back in the same clothes on Monday, filthy from the weekend’s wear.

Schools also have food banks to give out food parcels and shoes and coats for families in need. 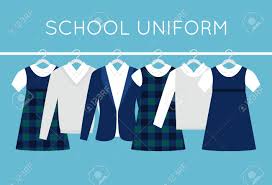 One school is washing clothing for children whilst they are doing PE.  The teachers are very aware about how children are stigmatised if their clothes are dirty.

This particular school in Nottinghamshire runs summer school over the holidays run by volunteers, so at least these weeks the children are cared for adequately and get to eat one hot good meas.

Another school in Portsmouth, said there has been a quadruple increase in children with child protection issues.

Each one of these issues links back to poor backgrounds.

It is simple neglect and some families do not have the funds to provide food, heating or bedding.

The school in Portsmouth provides debt advice and family support at the school.  When schools were closed for 3 weeks because of snow, they kept theirs open, worried about the children not having a hot meal each day.

45% of pupils came in those days to eat.

The NEU published research alongside the Child Poverty Action Group.

The research suggested that schools are increasingly stepping in, to fill the poverty gap, even offering emergency loans to families.

More than four fifths of schools saw signs of children being hungry during the school day and the children showing signs of poor health.

The chief executive of the Child Poverty Action Group said

9 out of 30 pupils in a class are falling below the official poverty line.

Many families are too proud to admit is and despite the parents working 2-3 jobs, they can’t access any benefits.

And working is not earning them as much as being on benefits.

One teacher in Cardiff said children often only brought a slice of bread and margarine for lunch and the teachers had to supplement that, as it was not nearly enough for a growing child.