International Day of the Child

International Day of the Child

The date of the International Day of the Child varies over the world.

The 1st of June is celebrated in 50 countries, whilst others celebrate the Universal Children’s Day on the 20th November.

Reverend Dr Charles Leonard, the pastor of the Universalist Church of the Redeemer in Chelsea, Massachusetts, held a special service dedicated to children on the 2nd Sunday of June in 1857.  He named it Rose Day, then is turned into Flower Sunday and eventually became Children’s Day.

Turkey in 1929 officially declared Children’s Day as a national holiday in 1929 for the 23 April.  It was not until 1931 that the founder and President of the Republic of Turkey made the celebration official.

Since 1950 the day has been observed in many countries.  Another date is the 20th November is Universal Children’s Day and was proclaimed in the UK in 1954, established to encourage countries to have one day to promote mutual exchange and understanding among children and to also initiate action and to benefit and promote the welfare of the world’s children. 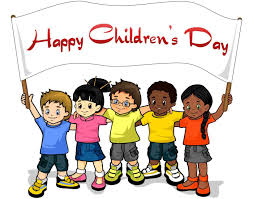 In 1958 United Nations adopted the Declaration of the Rights of the Child.

In 2012 the United Nations led an initiative for the education of children, wanting every child to be able to attend school by 2015 and to also improve the skill set acquired in schools.

The United Nation wanted to promote peace, respect and environmental concern in education.

Universal Children’s Day is not just a day to celebrate children for who they are but to bring awareness to children whom have experienced violence in forms of abuse, exploitation and discrimination.  For example, children used as labourers, in armed conflicts or with disabilities.

Currently there are around 153 million children between the ages of 5 and 14 forced into child labour.

The 1st June is an important day for the diary, to continue to fight for the rights of the child, over the world.