What is the meaning of this day, celebrated each year on the 8th of March?

It was started in the 1900s when 15,000 women marched through New York City asking for voting rights, better pay and shorter working hours. A year later National Women’s day was observed in the US. In 1910 Clara Zetkin leader of the women’s office of the Social Democratic Party in Germany suggested to 17 other countries to celebrate this day each year and push for women’s rights. It is even a holiday in some countries now.

Each day IWD introduces a new theme and 2017’s theme was #BeBoldForChange and is focused on a more gender inclusive world.

The World Economic Forum predicts the gender gap won’t close entirely until 2186. This is an awfully long time. Around the world, IWD will be an important catalyst and vehicle for initiating greater change for women and moving closer to gender parity.

In 2016 IWD had the theme of #PledgeForParity as its campaign and was supporting girls achieving their ambitions, challenging gender leadership and create more gender inclusivity within cultures of people.

#BeBoldForChange encourages you to fill in the pledges on the website and we were number 51,313 person to sign up. 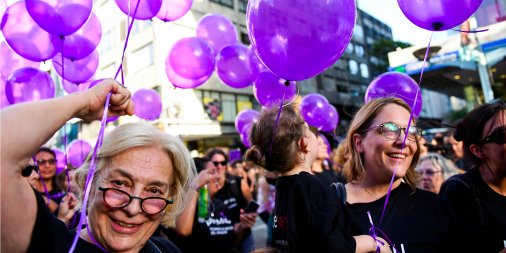 IWD urge supporters to share the message on social media, put up the posters provided, use the IWD widget on your own website.

There are suggestions of staging events using inspiring speakers who have conquered gender equality in their own way. There are IWD videos to show to an audience or send your own IWD video to the organization to possibly include on their website.

There are some interesting partners with IWD ranging from Caterpillar boots, Avon and BP.

Get planning for an event for next year’s International Women’s Day.